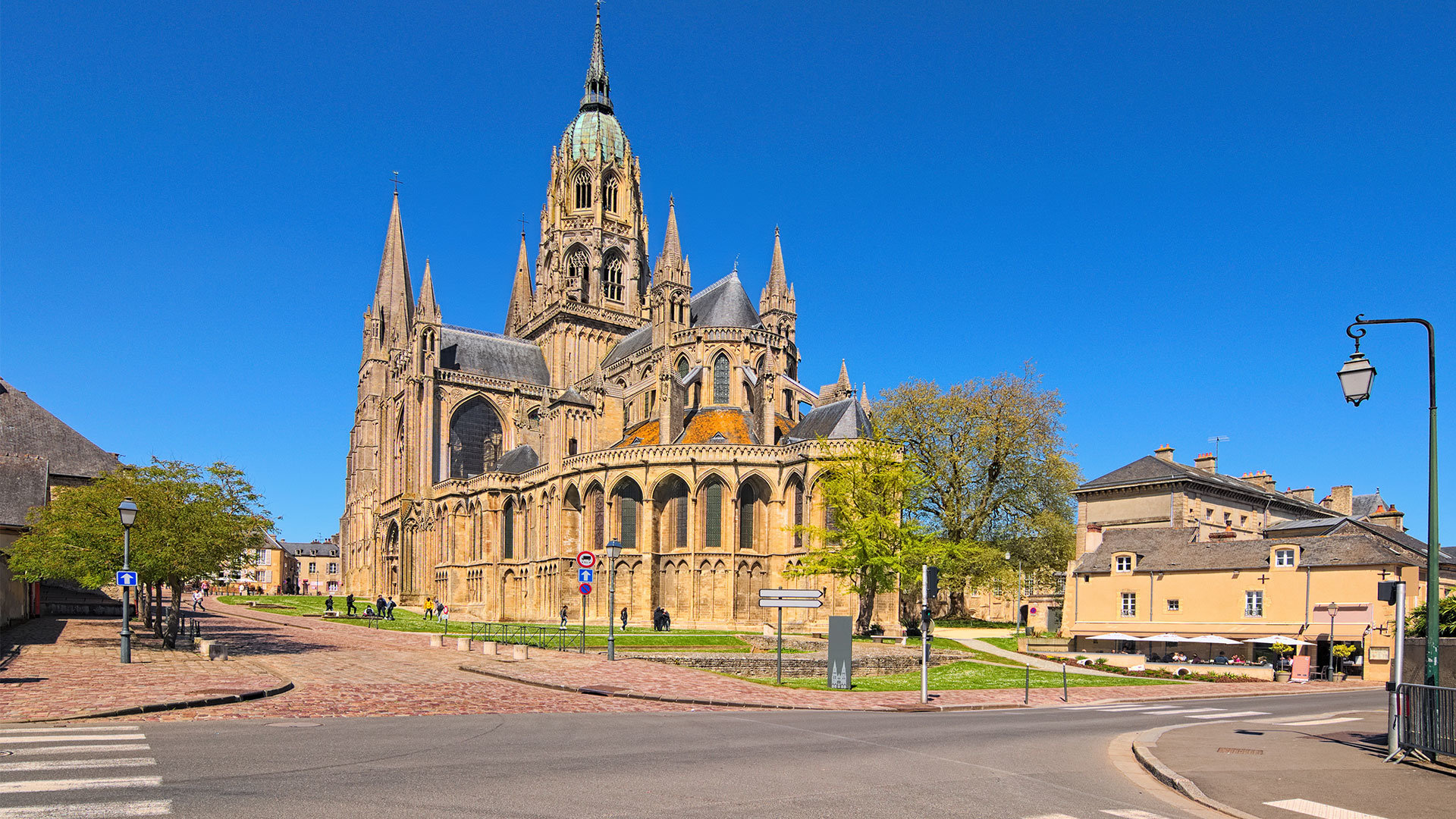 The town of Bayeux

Magnificent Medieval City, Bayeux is home to many treasures including the famous "Millennial Tapestry", recounting the saga of William's armies in the conquest of England.

Its medieval historic center is made up of cobbled streets and half-timbered houses, among which dominates the Notre-Dame cathedral, in the Norman Gothic style. A 2.5 km loop in old Bayeux allows you to explore the medieval town and discover its history and secrets thanks to 23 explanatory terminals.

As an extension of the landing beaches, you can visit the largest British military cemetery in France where nearly 4,000 soldiers who fell during the Second World War rest there.